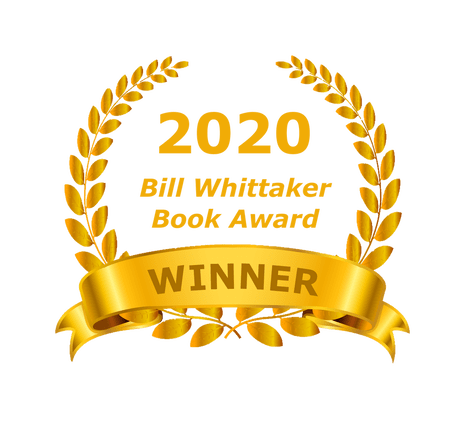 In an industry where the emotional, physical, and financial stakes are high, many have been lost. But their contributions to Racing as a sport will never be forgotten.

Their Last Ride-The Fallen Jockeys of Australia, tells the stories of about 938 Australian Jockeys, from 1853 to 2018, who sadly lost their lives to the passion of Racing. John H Payne spent over 8 years researching and writing the book and is now pleased to introduce his finished work.

The purpose of this volume is not to reflect grief or sorrow on the part of those who have given their lives to riding race-horses, but rather reflect on them as individuals, and to honour them for the ultimate sacrifice each has made.

"...there are very few occupations indeed, where at least one ambulance follows you about while you're working.  For me, that says it all regarding the dangers associated with their chosen profession." - John H Payne

Excerpts from "Their Last Ride - The Fallen Jockeys of Australia"...

Who                     Jason  OLIVER
When                  2002 – October 30th
Where                 Belmont Park, WA
How
The 33-y-o only brother of then leading Australian jockey, Damien Oliver, while riding the 2-y-o galloper, Savage Cabbage in a 400-metre trial at the Belmont racecourse on Tuesday, October 29th, was thrown from the saddle when the horse broke a leg at the winning post, skidding down the track with Jason trapped beneath the animal.
Oliver was removed to the Perth Hospital, where he died the following day having never regained consciousness, with his mother, Mrs. Pat Oliver, and brother at his bedside.

The following Tuesday, his 30-y-o brother, Damien Oliver won the second of his three Melbourne Cups, on the Irish-trained galloper, Media Puzzle, with an emotion-packed crowd giving him a resounding ovation for his pluck and courage and Damien dedicating the win to his late brother.   He then returned to Perth the following morning to attend his brother’s funeral at noon that day, with the burial taking place at the Karrakatta Cemetery in the same plot as his father, Ray Oliver, who had died in the Perth Hospital after a racing accident at Kalgoorlie on August 30th,1978 after five horses had fallen in the Boulder Cup.

Jason Oliver, who commenced riding in 1984, had ridden nearly 700 winners to the time of his death, with about half in the city.

Goodwin, the previous September, had become the first aboriginal female jockey to have won a metropolitan race in Australia when successful on her father’s horse, Getelion, at Eagle Farm, Brisbane.

Leanne’s father, Mark Goodwin, ironically, won the XXXX Desiree Gill Roma Cup with Jack’N’ Me in a photo finish on Sunday, November 16th, 2013, pipping out the Barry Gill trained Troilus Fuse, the day before Barry Gill buried his wife, jockey Desiree Gill, who had died just days before from injuries received in a race fall at the Sunshine Coast.

Near that point during the race, Jenkins brother, jockey Reece Jenkins, while riding across the course after the meeting, had the two leading gallopers in the consolation race cannon into him, with Reece Jenkins being killed almost immediately, and his brother, John, dying the next day.

Both local jockeys, their brother, James, was to be killed, in the Open Steeplechase at Sandown Park, on July 28th the following year.

After exercising the steeplechaser, New Zealand, in a paddock at the rear of the stables on Tuesday, February 27th, the horse, somewhat restive and unmanageable, became entangled in loose wire, left lying on the ground after the construction of a new fence.    Consequently, the horse threw the youngster to the ground, resulting in the rider fracturing his skull.   At the time of the accident, Green had been working in the stables for about three weeks.

Removed to Griffith’s establishment, his father, Patrick Green, was alerted to the situation.    Upon reaching the stables, he observed his son in an unconscious state, and under the care of Dr Morrison. Wanting to take his son home, the father was advised against doing so, by Dr Morrison, as the boy was too ill to be moved.    Little George Green later died there on the morning of Thursday, March 1st.

A subsequent inquiry conducted at the Pier Hotel in Glenelg by the City Coroner Mr T Ward, heard that the father had been in delicate health, and had not known that his son had joined a racing stable until a friend of his son’s, in answer to an enquiry regarding the whereabouts of his son while visiting the ill father, suggested he may be working at Griffith’s stables.    The father said that he had been too ill at the time to check out the friend’s allegation. He further stated that the boy, who was supposed to be at school, had been last seen by him about three weeks prior to his death, on February 13th when he left the family home without telling his sister where he was going.    The father had been at work at the time.
The Coroner also heard that the boy had been neglected at home and the jury, in their finding of accidental death, added a rider which partly stated that “great censure attached to (the father for not instituting or causing necessary enquiries to be made as to his son’s whereabouts after missing him…”   They also censured the trainer and his foreman for not having the consent of the father before employing the man’s son.

A funeral for the youngster left his father’s residence at Lester Street, Parkside, on the afternoon of Saturday, March 3rd, with his remains interred in the West Terrace Cemetery in Adelaide.


Who                     Thomas John  FANNING
When                  1882 – January 27th
Where                 Dubbo, NSW
How
On Anniversary Day, January 26th, a Sports Day was conducted in Dowling’s paddocks at Dubbo, where a Hack Race took place in which five horses competed.    When about half way round the course, a spectator on horseback, John Devine, allegedly drunk, rushed onto the course at full speed, unable to restrain his mount, ultimately impacting with the race-leader, bringing it down, and causing two other runners to also come to grief.

One of the riders, Thomas Fanning, found to be unconscious after the accident, was conveyed to his residence, the Occidental Hotel at Dubbo where, despite the efforts of Drs Tarrant and Warren, Fanning passed away in the early hours of the following day.

Immediately after the incident, Devine was taken into custody by police, and charged with “furious riding”.    At a subsequent coroner’s inquest, at which evidence showed that the course was not a proper place for a horse-race, Devine was committed for trial for manslaughter.
19-y-o Fanning, son of the late Thomas Fanning, on attaining age 21 , but for his untimely death, would have inherited some of the most valuable freehold property in Dubbo.

​Picked up unconscious, and suffering severe head injuries, he was conveyed in a truck to Gootchie, where he was met by the Maryborough Ambulance Brigade, of which the boys father was a well-known honorary office-bearer, and taken to the Maryborough General Hospital, where he died the following Saturday.

Amateur jockey, Harold Cummings, was soon after arrested on a charge of having unlawfully killed young Knudsen, but the charges were later dismissed by the Court.

His body was conveyed by train on Saturday, to the small township of Tiaro, between Gunalda and Maryborough, his funeral conducted there on Christmas Eve, Monday, December 24th.

“I just had to keep reading your excellent book" - "Your research is outstanding " "I consider your book is a racing history masterpiece" "The book is brilliant and thoroughly deserves to win a prestigious award”
Ernie Manning Racing Writer – Sport - The West Australia (WA Newspapers Ltd) - Perth, WA

“John has done a fantastic job with his book Their Last Ride. While it touches on a very difficult subject in the death of so many jockeys he has done it in a very respectful and interesting manner.”
Paul Richards, Journalist, “Winning Post”, Racing Victoria

"It's a monumental work", "I've already solved a problem using it", "You've done well to keep the price at $49.95 for such a big book"
Graham Caves - revered racing historian​

"This will be something people will be looking at 100 years from now.", "Overall its brilliant. Take a bow."
Barry Collier - published racing author

“Horse racing forms part of the lives of many Australians - jockeys play an integral role in this sport and the dangers they face each work day is often underestimated. This book provides thoughtful recognition of those that have made the ultimate sacrifice.”
Mark Pratt, son-in-law and MRC Committee member

The book looks great, it is a real credit to you!", "I’m sure our patrons will enjoy it."
Scotia Tracey - Library Acquisitions Officer, Lithgow City Council

"Book arrived today and I am very impressed. This will be something people will be looking at 100 years from now. I love the indexing at the back.  Overall its brilliant. Take a bow."
Barry Collier Campbelltown North, Sydney Author of five books, including "Manaroa" - The Forgotten